Just had evening of just trying out stuff and not finishing anything on my Windows machine.

Just to clarify why I would want such a thing: nosql solutions such as Cassandra are, in essence distributed key-value stores. I know, from following a few classes on databases and distributed databases when attending the university that’s a whole lot more complicated to implement then it may seem.
Nevertheless, to do anything useful with that you need a layer on top of the key-value store. Basically all SQL databases like Oracle or MySQL have SQL layer around there key-value store. But the nice thing about stuff like Cassandra you can put something more convenient on top.

I wanted to try out both, starting with the JDO version, as that seemed more like a natural fit, and I once started ORM with JDO 1.0 many years ago.
I’d need a git client on Windows, and apparently there’s already a Tortoise Git client, based on the truly great TortoiseSVN, on of the tools I really miss on my Mac. The client version of git first had to be installed, but that was quite easy as well, just download and install msysgit.
The tortoisegit client looks very well, and seems easy to use. At least I got the code of datanucleus-cassandra in a breeze. Well now it’s kind of late, I’ll try out later. 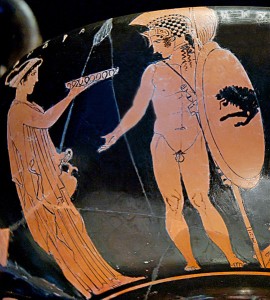 Other stuff I want to try out: creating a Rest service using Restlet on Google AppEngine. Just to find out how that works. But later.

Finally I saw a demo on VMForce. Looks very promising, as I like Spring for development and that’s what you’d use. Nothing is released however, now there’s just articles and a demo.