When I was a student I had old desktop computer in running in the closet which acted as a server. The server hosted my homepage, email-domain, fileserver and sort of cloud storage. The internet-connection, being part of the university’s campus network was very fast and reliable. Of course the set up could occasionally fail some component of my desktop failed or someone accidentally unplugged the server to use the vacuum cleaner. 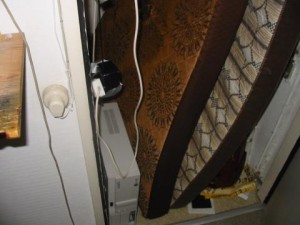 When I wanted my email to be a bit more reliable, rather then spending time on setting up a fail-over I decided to use a spent a few euros per month on a hosting party. Nevertheless, running a server, or better, a cluster of servers at home would still be cool. This guy does it, creating a cluster of raspberry-pies in his basement. I am getting envy, maybe time for me to something simelar again. After all, the internet-connection in the Netherlands is a whole lot better than in the United States – for slightly more than twenty euros you’ll get a 20mbit upload.